Skip to content
Menu
“Improving access to dental care- one village at a time”
Donate
June 9, 2016 / News / no comments

The monthly publication the American Dental Association puts up for its members and other stake holders in dentistry known as ADA News featured in its July 6, 2016 issue the story about the humanitarian project recently completed by the Dentistry For Every Village Foundation for the people of Pambujan, Northern Samar, Philippines.

The articles speaks of Dr. Ed de la Vega, the President of the Foundation and the story behind what made him decide to place the project, a fully equipped and stocked dental clinic in that part of the Philippines. 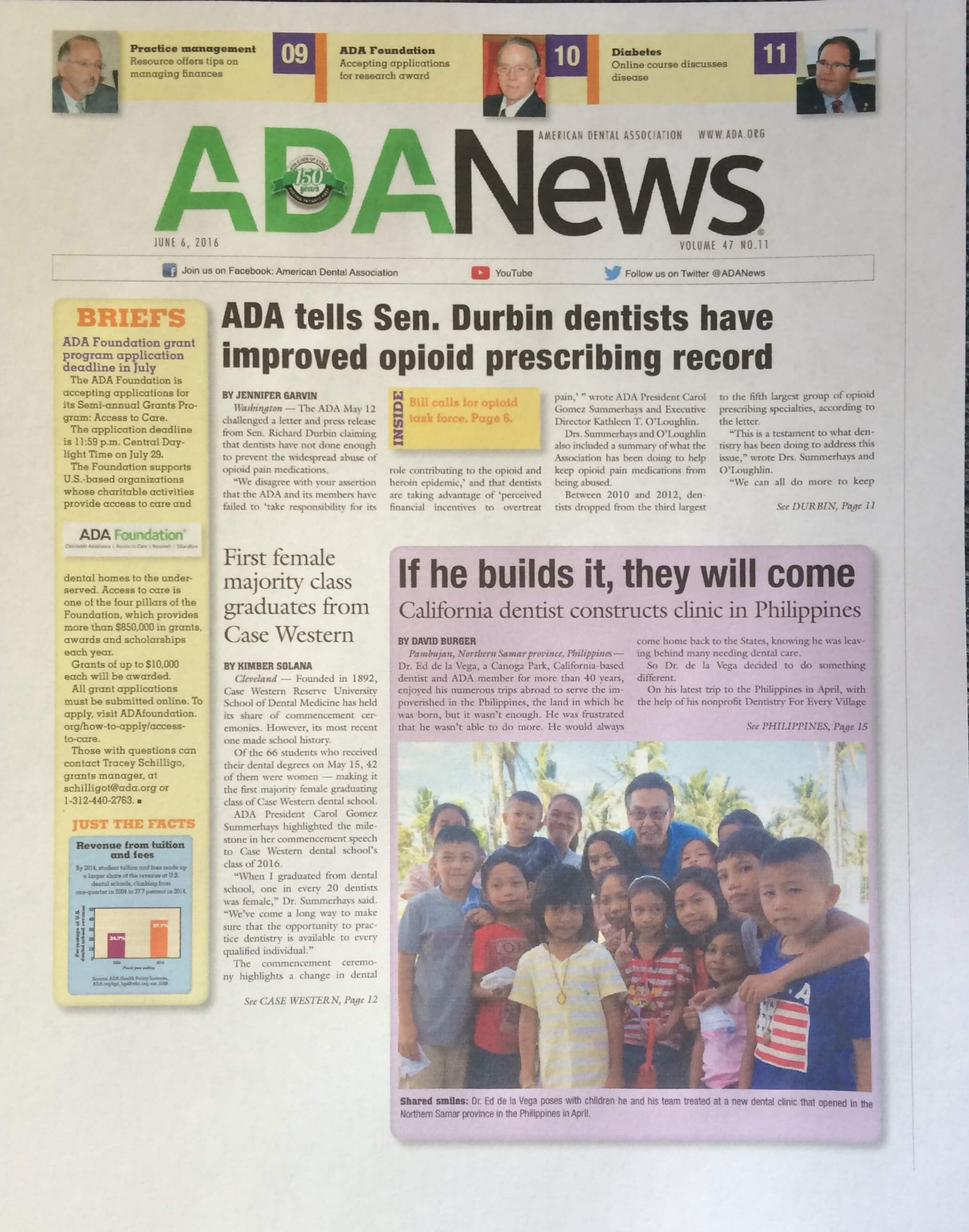 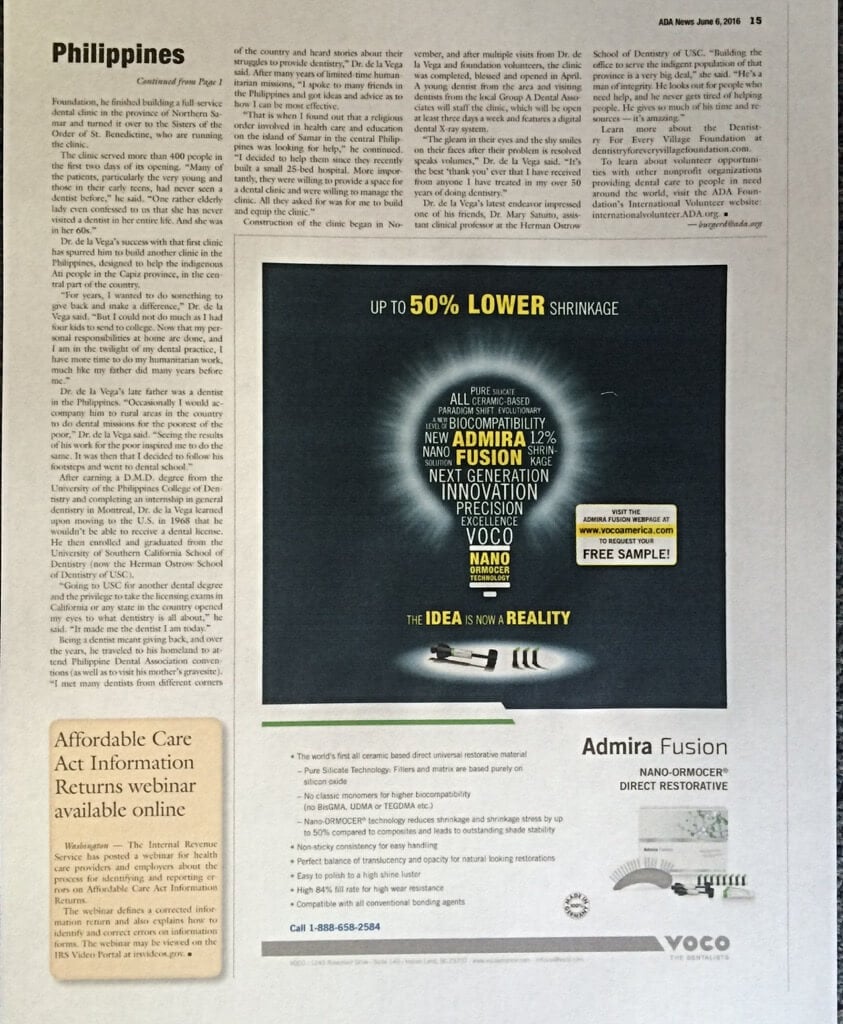