Skip to content
Menu
“Improving access to dental care- one village at a time”
Donate
February 24, 2016 / News, Projects / no comments 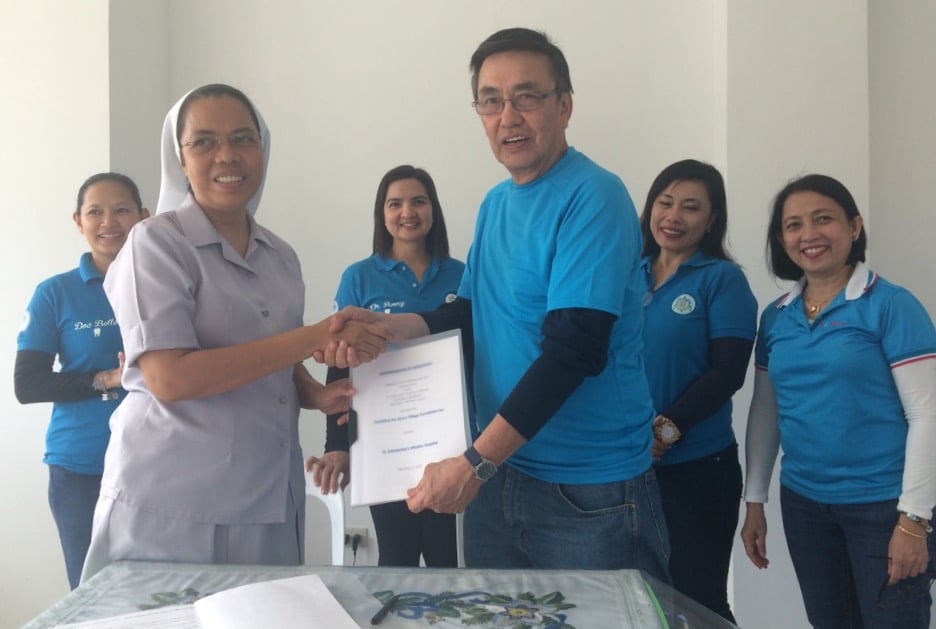 The Memorandum of Agreement between the St. Scholastica’s Mission Hospital (SSMH) at Pambujan, Northern Samar and the Dentistry For Every Village Foundation relative to a donation of a dental office to the hospital was officially signed February 17, 2016.

Signing the agreement was Sister Amadea Donadilla, OSB the Administrator of the SSMH and Ed de la Vega, DDS, President of the Foundation. Witness to the signing ceremony were members of Group A Dental Associates, a volunteer group of dentists that does dental missions for the Foundation including Dr. Florabelle Tan-Frondozo, Dr. Amry Jane Chavez, Dr. Luz Villanueva and Dr. Cecily Vera Cruz, all of Las Piñas City, Philippines.

The dental office being provided will be fully equipped and features a digital x-ray system and a high-tech dental chair donated by the St. Scholastica’s College High School Class of 1966. Other major donors include Ma. Lourdes Alejandrino-Ante of Livermore, CA and the Marcela and Edgardo de la Vega Trust of Woodland Hills, CA.

The dental clinic is set to begin operations in April 2016.