Skip to content
Menu
“Improving access to dental care- one village at a time”
Donate
March 5, 2020 / News / no comments 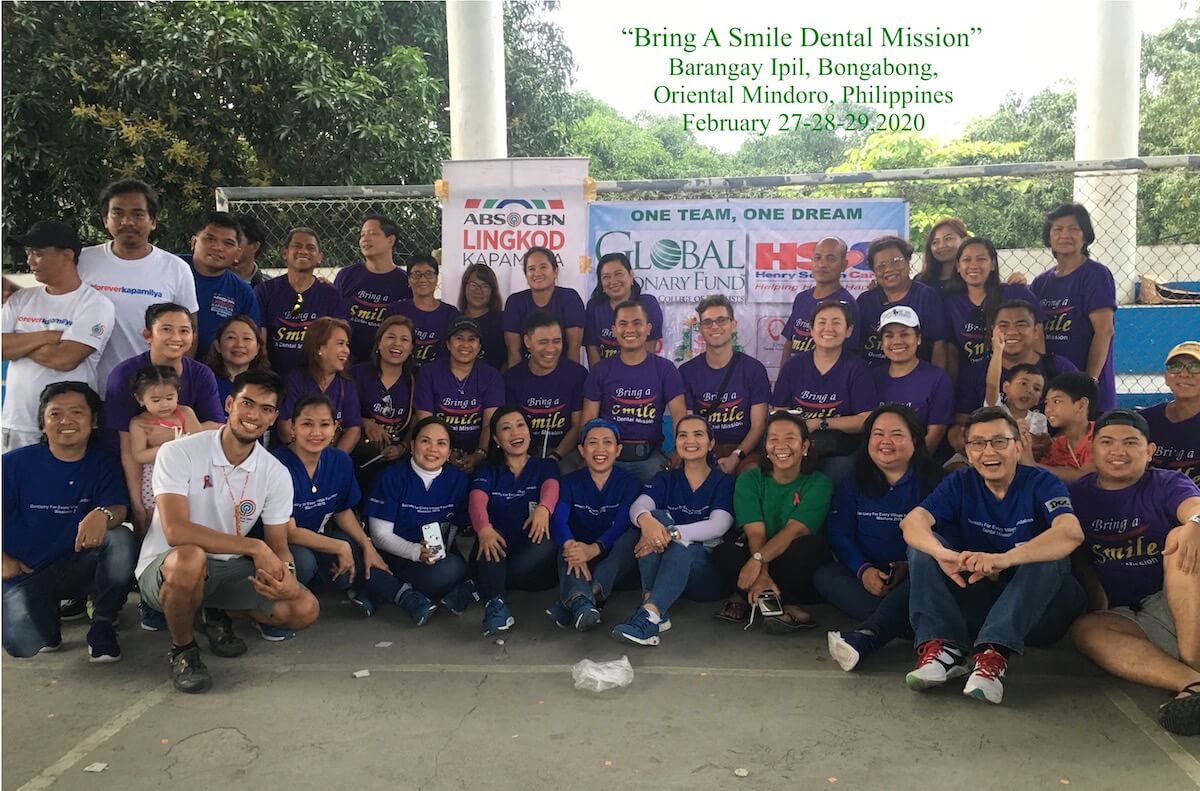 Amidst all the risks associated with the dangers of inhaling the volcanic ash from the January 12, 2020 eruption of Taal Volcano that is still prevalent and swirling on the roads leading to the Port of Batangas where the volunteers took a ferry to the island of Mindoro, and more importantly, the threat of the deadly Novel Corona virus that originated from China and has started to show up in the Philippines, the first humanitarian dental mission scheduled at Barangay Ipil, Bongabong, Oriental Mindoro that targeted the indigenous Manyans, and dubbed as “Bring A Smile” went on smoothly as planned.

For a while the leadership was contemplating the cancellation of the mission.

First, there was still a high probability that the volcano which is barely 20 kilometers from the Port of Batangas, will go again but in the past weeks it no longer spewed black ash and tremors were minimal and less frequent, meaning the threat is lesser as the volcano appears to have calm down.

Second, the virus, which at this stage is a more dangerous threat than the volcano, appears to be under control in the Philippines as a result of the ban on travelers coming from mainland China.

The leadership felt the risks are absolutely there but they were confident, with proper precautions and personal protections, it will be all right to push on. However, volunteers were given the choice of participating or not. Most came anyway.

For the first time ever, joining the usual volunteers from the Foundation were some members of the National Association of Filipino Dentists in America, the San Diego Filipino Dental Society and the Centro Escolar University Dental Alumni Association in Southern California. Also there were representatives of the provincial  Department of Health and the Department of Education Dental Services. They came with their mobile health clinic van. Completing the team were volunteers from the Batangas and Las Piñas Chapters of the Philippine Dental Association as well as those from Group A Dental Associates

Volunteers met at the staging point at the City of Las Piñas then rode for 2 hours to the Port of Batangas where they took a one and half  hour ferry ride across Batangas Bay to the Port of Calapan, Oriental Mindoro.

The group was met at the Port of Calapan by officials from Barangay Ipil, the site of the mission and was accompanied to the site via a two-hour land travel to the municipality of Bongabong.

The site of the mission picked by the village officials was the village covered basketball court. This is to assure that there is power and clean running water. Plus, the volunteers and the patients were guaranteed a shade from the burning sun. There were also plenty of chairs for the patients and tables for the equipment set up.

Officials and volunteers from Barangay Ipil headed by Captain Elsie Osorio and the town Mayor of Bongabong, the Honorable Elegio Malaluan came to provide auxiliary help and assure peace and order. Village officials showed the true “Manyan Hospitality” by bringing local delicacies for the volunteers and cooking sumptuous lunch.

With the able leadership and unique organizational skills of Dr. Amry Jane Chavez, the Philippine Liaison Officer of the Foundation, the mission went on with fewer hassles.

Majority of supplies used were donated by the International College of Dentists, a pre-eminent honor society of dentists from all over the world, through the ICD Global Visionary Fund and in partnership with the Henry Schein Cares Foundation of Melville, New York.

The number of patients seen does not reflect the actual number of procedures done. Most patients had multiple procedures and restorations. Some even had oral prophylaxis, composite fillings and extractions on the same day. One even had a three-unit resin-bonded and fiber supported fixed bridge. It is interesting to note that 11 root canal procedures were completed and 5 full dentures were delivered.

Oral hygiene instructions and actual demonstrations were done in groups to assure full attention of the patients, followed by distribution of toothbrushes and toothpastes provided by Sun Star America, the manufacturer of GUM and Buttler toothbrushes.

Patients that completed the whole circuit were gifted with t-shirts , flip-flop rubber sandals and even umbrellas all donated by Dr. Victor Rosales of Covina, California. Many toys were also distributed to the children of the village.

The experience for the volunteers was awesome.  First, the accommodation was great. Some were booked at a small resort allowing a good rest at night.  Others were billeted at the town’s “best hotel”, the Bongabong View Hotel. After the completion of the mission, Dr. Victor Rosales who hails from the area, toured the group and took them to a scenic beach.

It is worthwhile to mention that our major partner, the ABSCBN Lingkod Kapamilya came up big for this mission. The giant media conglomerate provided three vans for the team complete with two awesome drivers each and paid the hotel accommodation and food of the D4EVF core volunteers. They also paid for the round trip ferry ride from the Port of Batangas to Calapan, Mindoro. A team of news reporters and camera crew covered the mission and  it was on national television news the very next day after it was completed.

The mission is a perfect example of what “collaboration” can do. With many groups working as a team with one dream,  the objective was attained with flying colors.